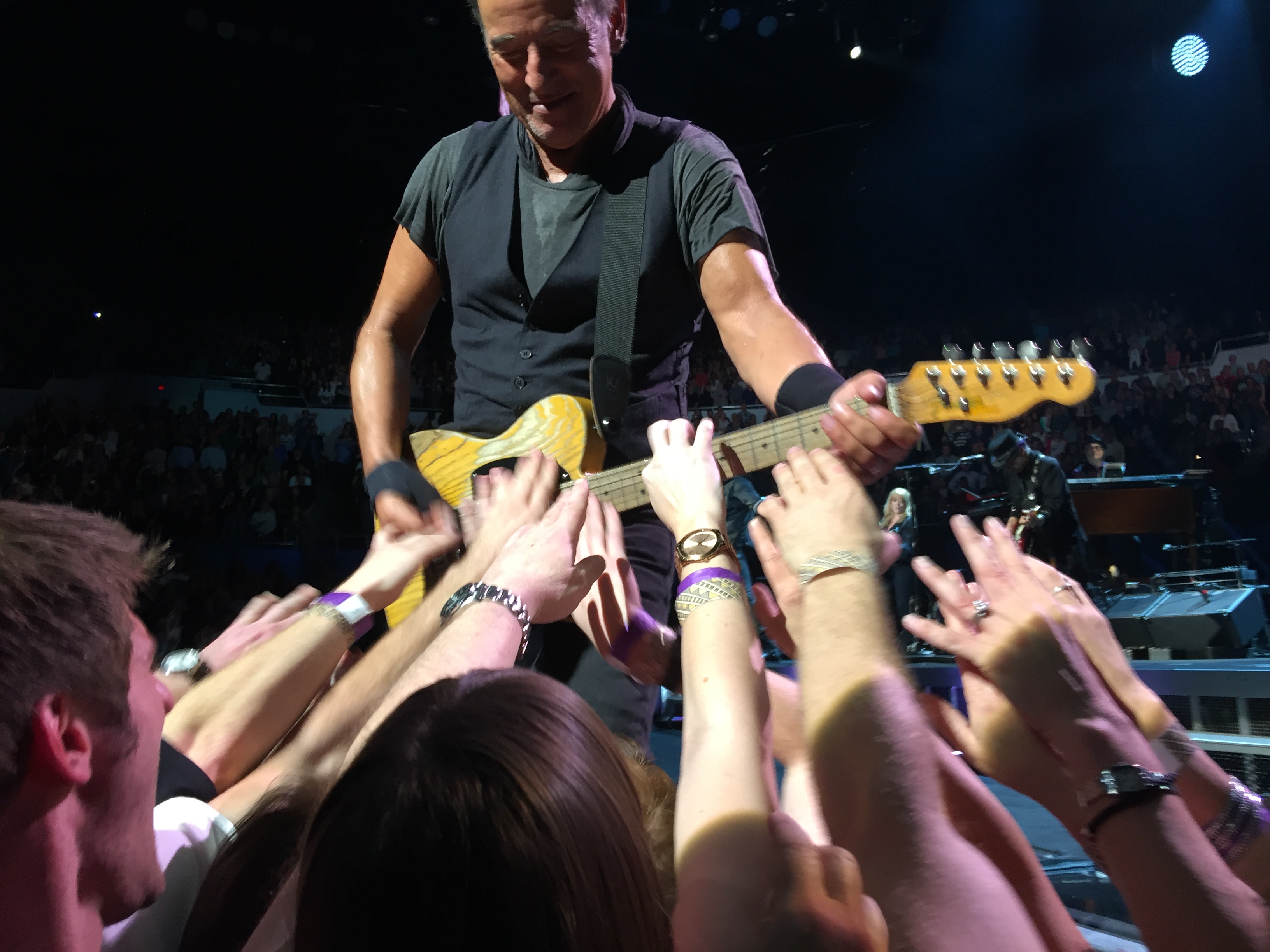 Many years I go to Springsteen concerts, most of the times with the Badlands UK group, a recordstore and travelagency for rockconcerts run by Mr. Philip Jump.

When it was announced that Springsteen would tour again at the back of the release of THE RIVER Box set, I started to figure out, as usual, which concerts I would want to go to.

In the beginning he would tour only in the US ..that was the word…but later on he announced also an European Tour…typical Springsteen…can’t play enough..I decided to do 2 LA concerts and tonight it was the first one.

Philip Jump told me that he would give me my ticket on the spot when the Badlands group would arrive…around 3PM..When the group arrived I saw old friends and made new friends…because that’s how it goes…music brings people together and connects people..We decided to try to go to the “pit” which is frontstage. For this you had to pick up a numbered wristband  before 5PM.At around 5.30 everybody with a numbered wristband went in a special area where the lottery started.. And we were lucky….a lot of people from our group could go to the front of the stage…!

So they let us in and there we were …front stage! 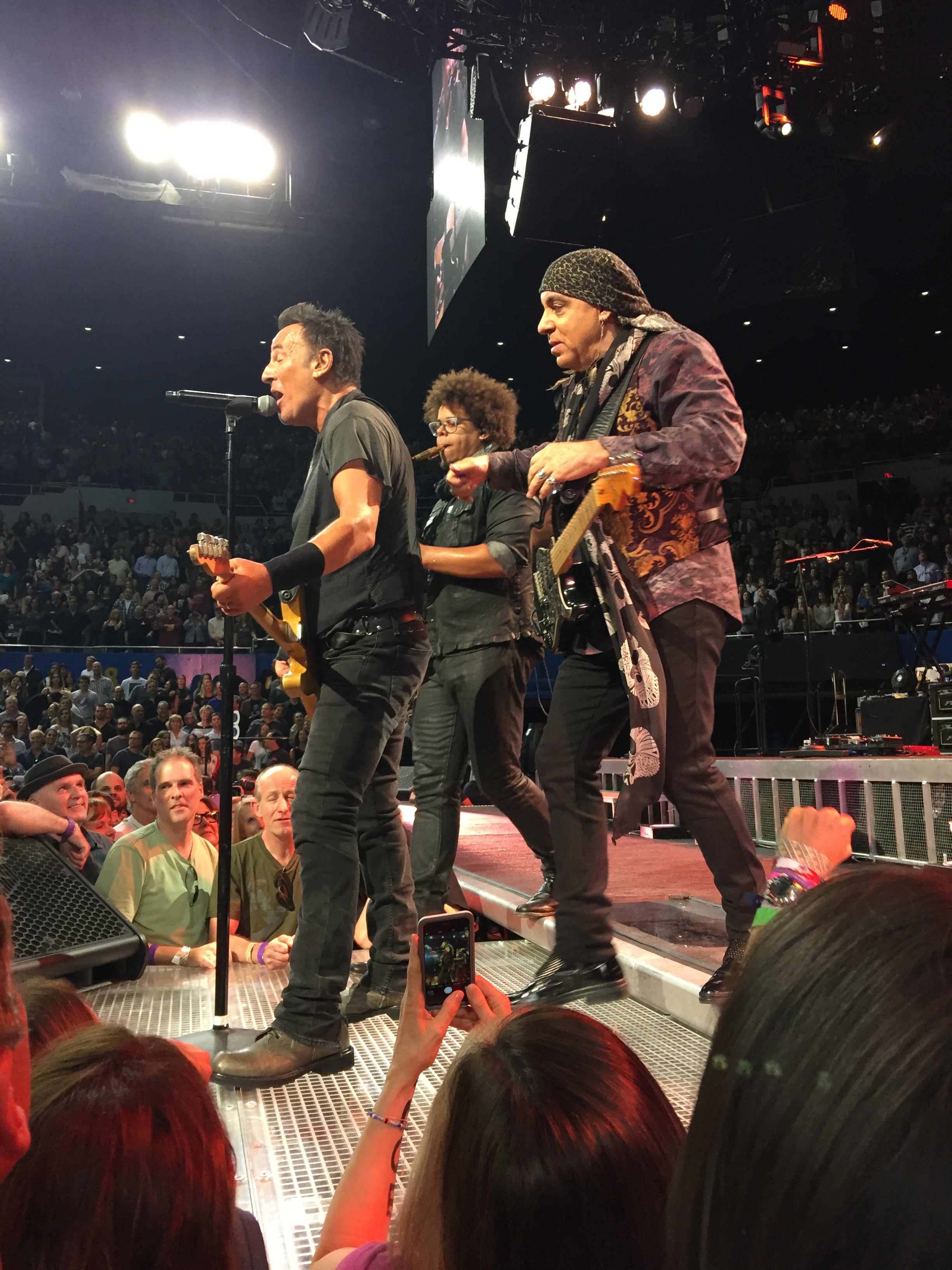 Normally the show starts at 8PM so you have some time to kill…but that is no problem because everybody talks to you…everybody is on the same mission here..

Springsteen and the E.Streetband came on stage…one by one…and opened with an outtake from the RIVER …Meet me in the City…which immediately set the arena on fire..!

This was my first time that I was so close to the band…you experience something completely different…an excitement you can’t describe…you feel very much the emotion of the band and the people around you…. I shot a lot of pictures…

After the opening song, Springsteen played the RIVER in its entirety…a landmark album which pulled me through some difficult times…but also marked happy times…As Springsteen explained before he started the set…it’s an album about coming of age…where do you want to go from here with your life…you want a family and kids…or you want to stick to your R&R life..it’s about decisions…with teardrops and laughs!

The performance of the RIVER was beyond expectation..the sound was great…and the songs were played in exactly the same sequence as on the album. Personal highlights were POINT BLANK with an extended piano intro by Professor Roy Bittan, DRIVE ALL NIGHT with an exquisite Saxsolo by Jake Clemons ( he is getting better and better ), and even the easier rocksongs smoked as never before..I AM A ROCKER…I GOT A CRUSH ON YOU…

When the RIVER was done, Springsteen continued with a selection of staples such as BADLANDS…THE RISING…THUNDER ROAD…and ended with SHOUT…

I clocked 3hours and 30 minutes…that’s a lot of music in one evening…and it was good to see that at 66 years you can still rock out…FAITH WILL BE REWARDED!
MVG 16.03.16 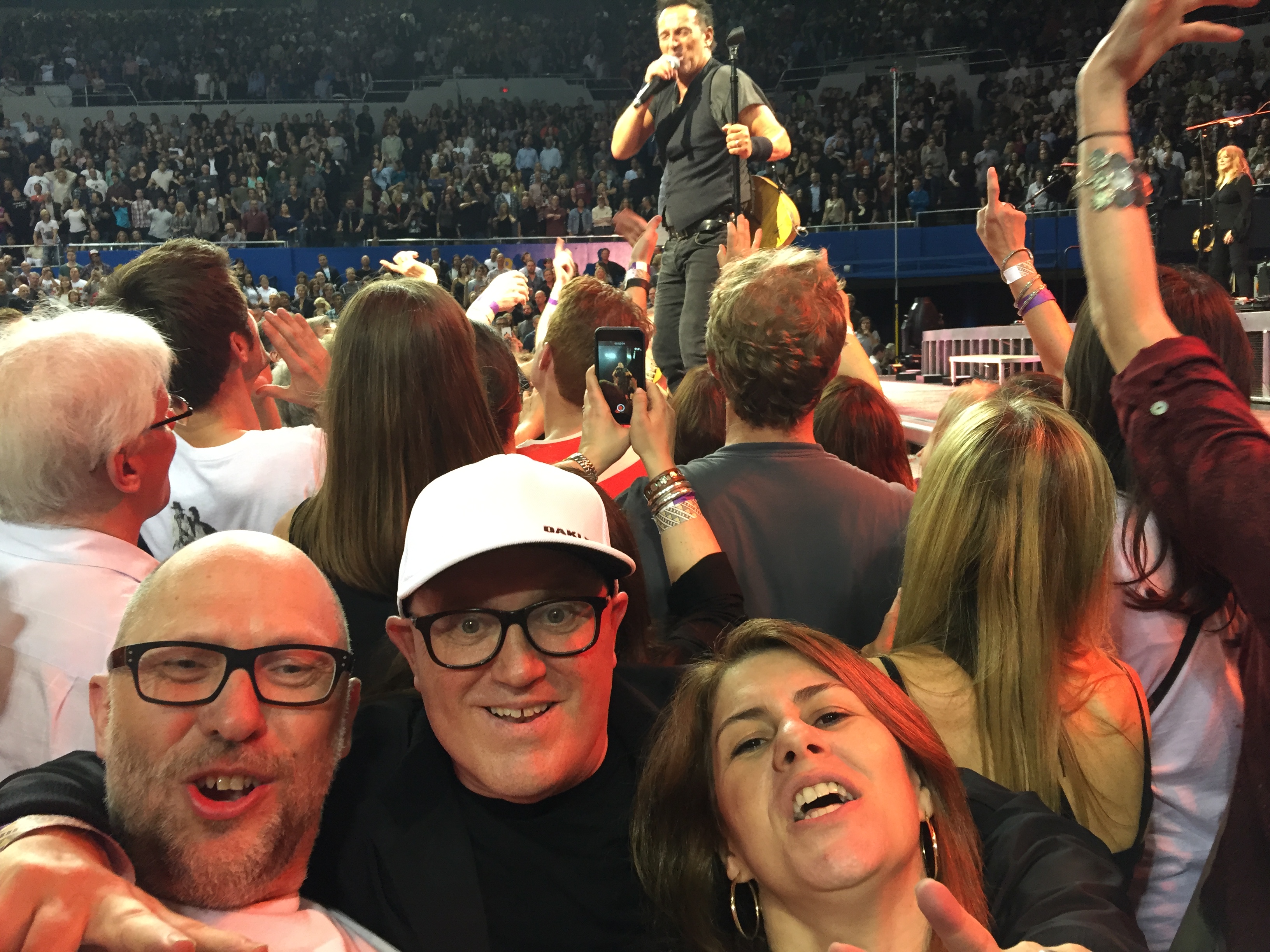