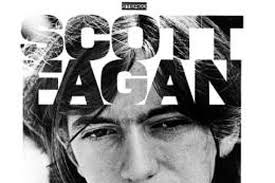 British songwriter Scott Fagan was 20 or 21 when this 1968 debut album was released in the same week as Van Morrison’s Astral Weeks, disappearing without trace. At 48 years’ distance, it’s hard to fathom why – it’s a marvellous record, full of slightly psychedelic folk, Donovanish pop and stripped-down, brass-powered, redemptive soul. There are songs about dying love, failure, the emptiness of hedonism and the lure of isolation and Fagan – the biological father of Magnetic Fields’ Stephin Merritt – delivers them with humbling passion. The tremor in his voice recalls a young David Bowie, and the phrasing Dusty Springfield, but he’s at his best when the tempo drops and he bares his emotions, such as in highlight The Carnival Is Over. Crying is another killer tune: when Fagan yells “Lover, look at me”, the pain is audible. Fagan continued to record, and still occasionally performs, but his youthful opus is ripe for (re)discovery.