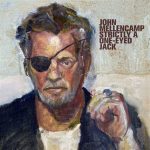 “We watch our lives just fade away,” John Mellencamp sings on Strictly a One-Eyed Jack, his 25th studio album. The grim honesty of the sentiment is striking, almost as striking as the forbiddingly rugged croak of his voice, which now approaches Bob Dylan and Tom Waits territory in its rangy, weathered gravitas. At 70, Mellencamp has seen enough: “Worries occupy my brain/I worry about tomorrow/I worry about today,” he sings over the front-porch blues stomp of “I Am a Man That Worries.” The music is just as serious, a rough yet refined version of the Americana rusticity that’s been a hallmark of his sound since back when he was positing himself as the hardheaded Indiana-roots rejoinder to MTV’s slick coastal elites — a dude who flipped the bird to the flashy excess of the Tawny Kitaen era by appearing on the cover of his 1987 album, The Lonesome Jubilee, sitting in a small-town bar next to a stone-faced farmer who looks like he’s been parked there since the Dust Bowl. Now, Mellencamp has essentially become that guy. Life goals!

Often on Strictly a One-Eyed Jack, he sounds like Dylan or Waits, with their trickstery absurdism replaced by a stark Midwestern earnestness. The bracing country-rock tune “Lie to Me” lances into a world of fakes and cheaters, with obvious political overtones. “Chasing Rainbows” is musically elegant, evoking the Band at their warmest, but lyrically unsparing in its realism: “As you walk down streets of broken dreams/Some have lost everything/While others are still looking for that easy pot of gold,” he warns, with far more contempt than pity in his voice. The verdict: Fuck rainbows. “Did You Say Such a Thing,” one of the three songs featuring Bruce Springsteen, takes a strong stand against gossip. 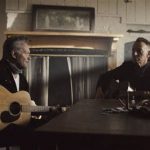 The biggest bugaboo here is mortality. The album’s centerpiece is the anthemic Springsteen duet “Wasted Days,” one more reminder that life goes on long after the thrill of living is gone, with Mellencamp’s and Springsteen’s voices merging into one empathetic croak. “Gone So Soon” is an affecting detour into vintage torch-song piano balladry, the bruised tenderness in Mellencamp’s voice evoking Dylan’s take on the American Songbook.

That contrast between lyrical bleakness and musical beauty is a theme throughout the album. On the most movingly lovely song, “Driving in the Rain,” fiddles drone gorgeously over a gentle country lope as Mellencamp amiably growls “And the days scurry by so fast/I finally see myself and laugh, noticing the change,” a little like Louis Armstrong fronting Son Volt. He ends the album with another “rain” song and another Springsteen appearance, “A Life Full of Rain,” turning Bruce-size grandeur inside out with grizzly guitar chaos and lyrics about disappearing into solitude and cursing your mother for the day you were born. Heavy stuff. But in rushing to get over the business of shirking off this pain-in-the-ass mortal coil, Mellencamp has made an urgent-feeling, musically rich record, one of his most memorable in a while. Whether life has much left to give him is his call to make, but he still has plenty to offer us. 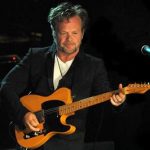