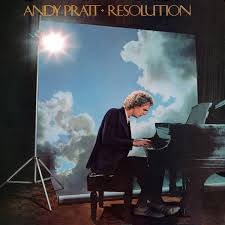 Andy Pratt, a big promise in the late 70’s, a singer-songwriter from New York City, who surprised the music scene with an Album boasting with beautiful melodies and song craft and an voice sounding like an Angel. Before this Album he had a minor hit with Avenging Annie ( check that one out as well ) in the Netherlands.After this really great Album ( still comes back in my head from time to time…after all those years..! ).. he lost himself…and his music to Christianity…and me….!